RABBI PINHAS HAKOHEN LINTOP (1852-1924)
Pinhas Hakohen Lintop, Rabbi of the Habad community of Birzh, Lithuania, was an intimate friend and colleague of Rabbi Abraham Isaac Hakohen Kook. Their friendship began when Rabbi Kook served as Rabbi of Zoimel, Lithuania and later Boisk, Latvia, and continued even after Rav Kook immigrated to Erets Israel.

The editor of the book, Bezalel Naor, is the author of several works of Kabbalah and Hasidism, and is considered a major expositor of the teachings of Rabbi Abraham Isaac Hakohen Kook (1865-1935), first Ashkenazic Chief Rabbi of Erets Israel.

We ship only within the USA.

Pinhas Hakohen Lintop, Rabbi of the Habad community of Birzh, Lithuania, was an intimate friend and colleague of Rabbi Abraham Isaac Hakohen Kook. Their friendship began when Rabbi Kook served as Rabbi of Zoimel, Lithuania and later Boisk, Latvia, and continued even after Rav Kook immigrated to Erets Israel.

What Rabbis Kook and Lintop shared in common, was the belief that the knowledge of the “inwardness of Torah” (“penimiyut ha-torah”) contained the medicine for the spiritual malady of the generation. Both men attempted, each in his own way, to disseminate Kabbalah to the masses. For this, they came under criticism from their rabbinic peers.

Rabbi Lintop was unique in that he was one of only three major Lithuanian kabbalists in that country at the beginning of the 20th century: Solomon Elyashev, Abraham Isaac Hakohen Kook, and Pinhas Hakohen Lintop.

The present book, Kana’uteh de-Pinhas (The Zeal of Pinhas) pivots on a hitherto unpublished letter of Rabbi Lintop to Rabbi Kook, then serving as Rabbi of Jaffa, Erets Israel. The lengthy letter consists of a detailed critique of the recent work of Rabbi Solomon Elyashev of Shavel (1841-1926), Hakdamot u-She’arim (Piotrkow, 1908), the first part of Rabbi Elyashev’s encyclopedic work of Kabbalah, Leshem Shevo ve-Ahlamah.

(Recently, the world of Torah Judaism celebrated the first yahrzeit of Rabbi Elyashev’s grandson, Rabbi Yosef Shalom Elyashiv of Jerusalem, the acknowledged “posek ha-dor” or halakhic authority of the generation, who passed on Tammuz 28, 5772/July 18, 2012, at age 102.)

While Rav Kook hailed Hakdamot u-She’arim as a supreme contribution to the wisdom of Kabbalah, Rabbi Lintop opposed the worldview contained therein, which as he pointed out, ran counter to both the teachings of Ramhal (acronym of Rabbi Moses Hayyim Luzzatto) and Habad (acronym of Hokhmah, Binah, Da’at, the school of Hasidism founded by Rabbi Shneur Zalman of Liadi).

Much of the present work is an attempt to unpack Rabbi Lintop’s specific criticisms of Hakdamot u-She’arim, while in the process sharpening our understanding of the ideological touchstones that set apart the respective teachings of these three great kabbalists, Rabbis Elyashev, Kook and Lintop.

The book, in Hebrew with an abstract of a few pages in English, is replete with a photo of Rabbi Lintop, his final repose in Birzh, and facsimiles of the titles of his works and some of his manuscript letters, which are of historic interest for their description of conditions in Lithuanian Jewry in the first quarter of the twentieth century (especially their vivid description of the rapid acceleration of the process of secularization and decline of rabbinic authority in the aftermath of World War I). An appendix of the book discusses Rabbi Lintop’s critique of Maimonides’ Thirteen Principles of Faith, a controversial topic which of late has been the focus of several rabbinic and academic studies. (Of especial note is Marc B. Shapiro’s The Limits of Orthodox Theology: Maimonides’ Thirteen Principles Reappraised.)

Another appendix of the book is devoted to Rabbi Solomon E. Jaffe (1858-1923), Chief Rabbi of New York after the demise of Rabbi Jacob Joseph, and to the short-lived Rabbinical Seminary (Yeshivah la-Rabbanim) that Rabbi Jaffe headed in New York (1909-1910) during the temporary closure of Rabbi Isaac Elchanan Theological Seminary (RIETS), today the rabbinical seminary of Yeshiva University. Rabbis Jaffe and Lintop overlapped in the rabbinate of Vabolnik, Lithuania circa 1888 and maintained cordial relations even after Rabbi Jaffe relocated to the United States. 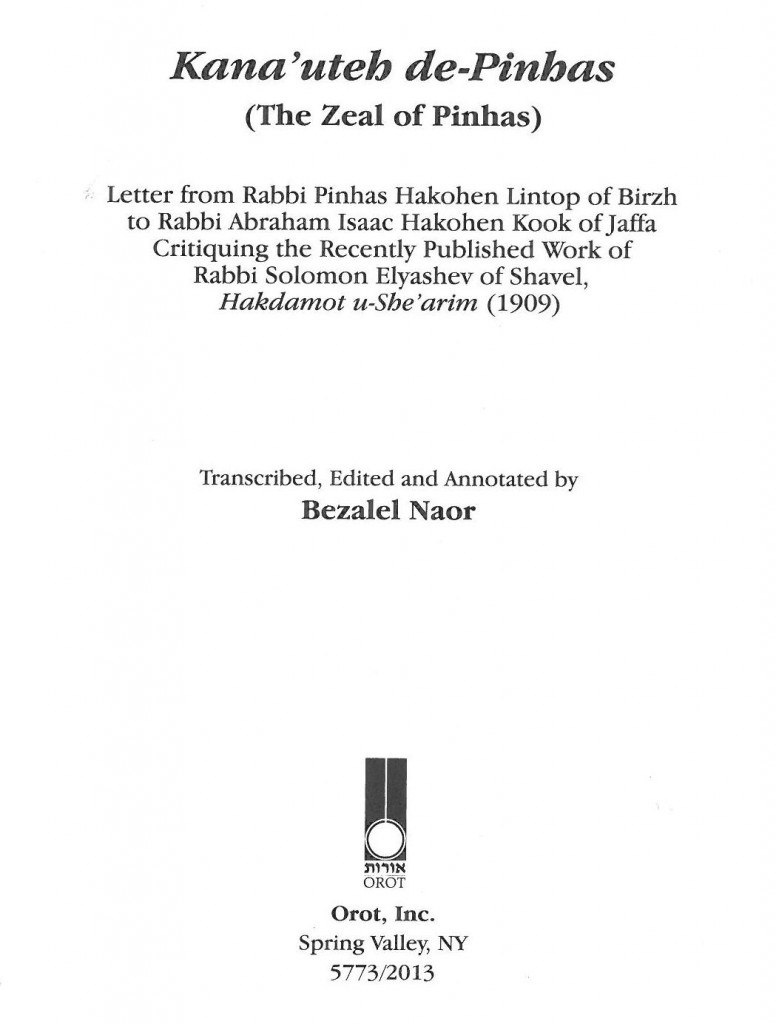 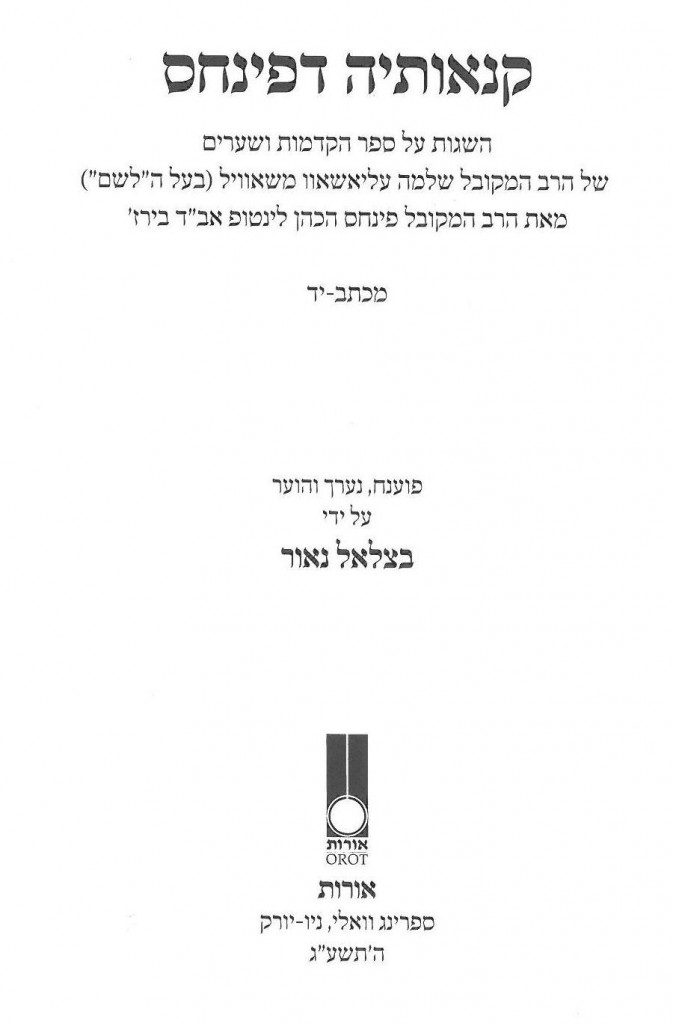 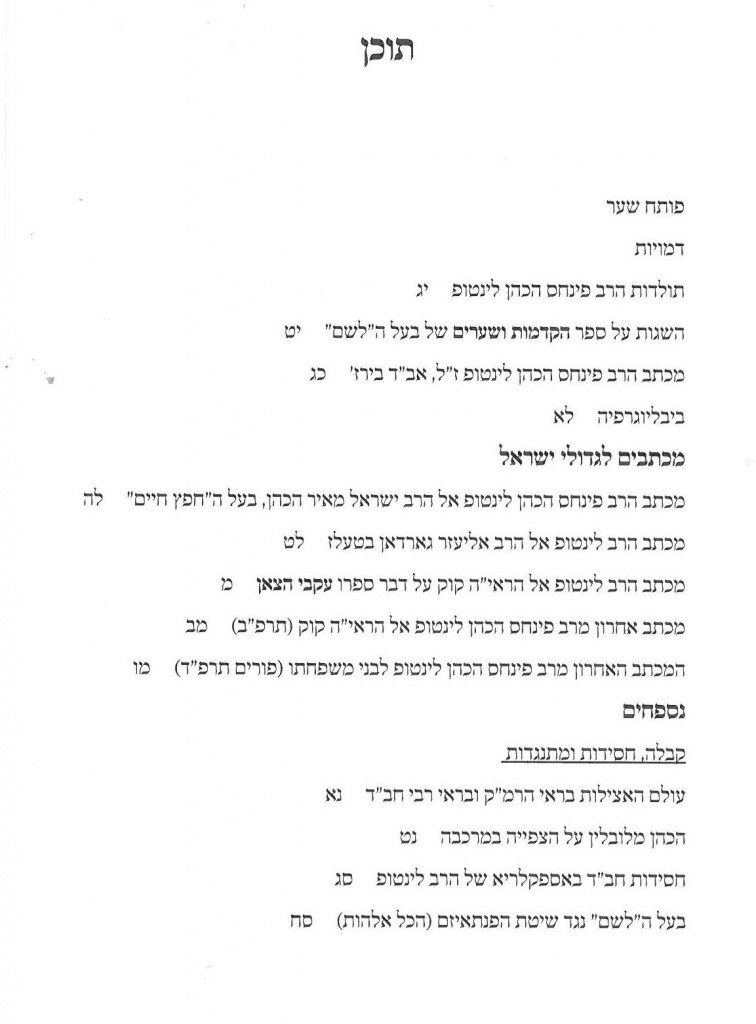 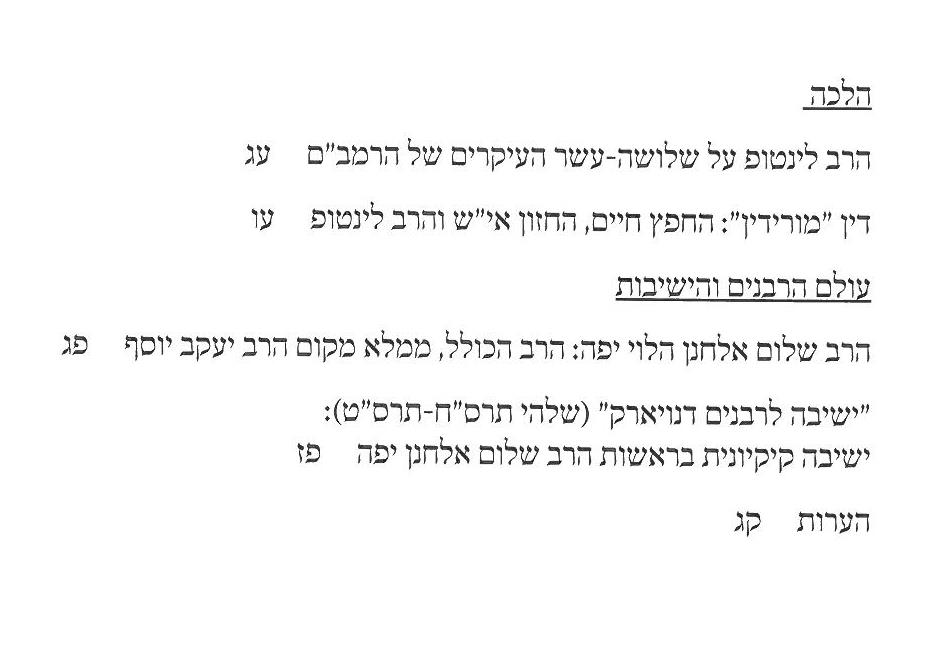 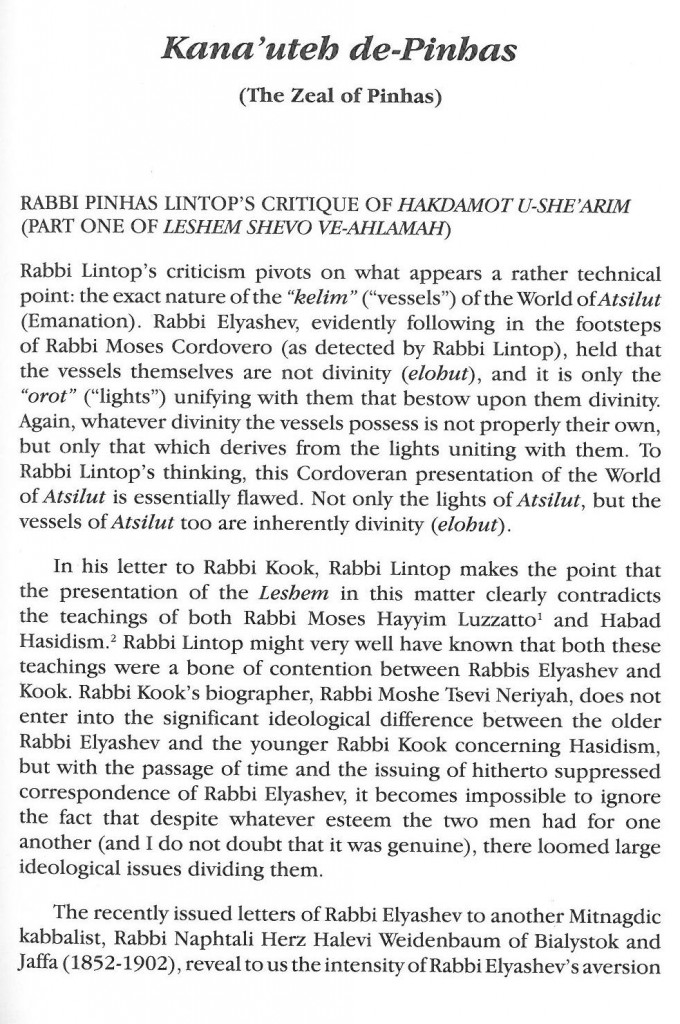 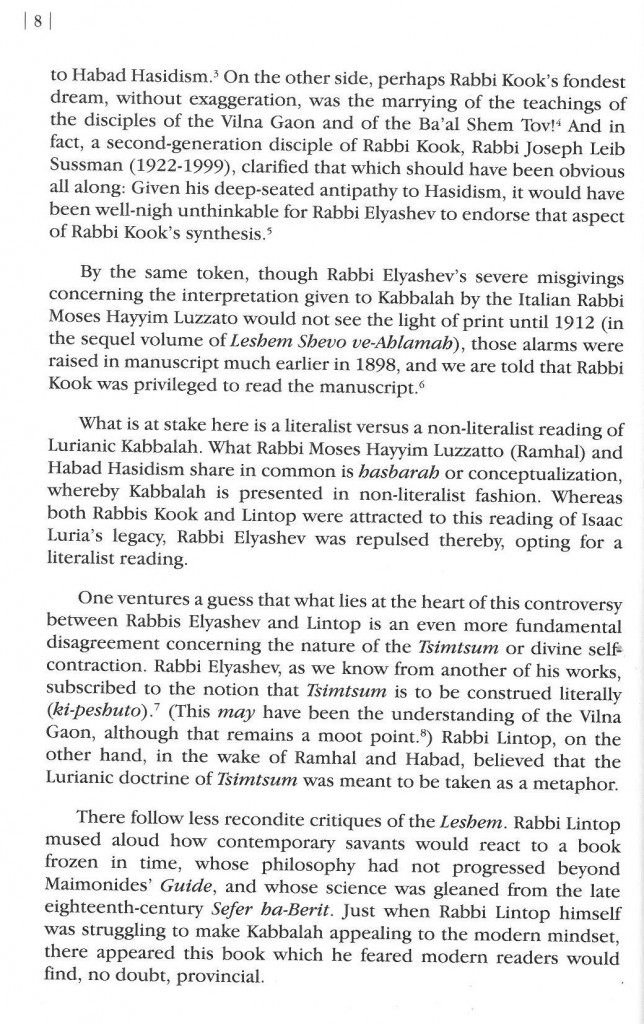